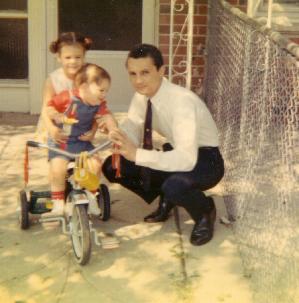 In April of 2020, I lost my father to lung cancer.  The disease was as horrific as we have come to know it.  It struck him quickly, and showed no mercy.  His last days and hours were filled with a fight and struggle that I had come to expect from my father.  I had always considered my father  to be one of the strongest and most indefatigable people that I knew, but his will and strength were unfortunately no match for this disease.  Not only did my father struggle, but my mother did as well. I watched my mother do everything within her power to assist my father in this fight, whatever the cost to her, both physically and emotionally. I had planned to ride in 2020, after my father was diagnosed in late 2019.  It was unfortunate that the ride was cancelled, but was thrilled with the generosity of those that made donations to aid in my fundraising efforts.  I decided to participate again in 2021 - and was thrilled to learn that the ride would go on as scheduled.  When at camp in July of 2021, I did not know what to expect.  What occurred over the next seven days of riding throughout New York State was nothing short of transformative.  As the week went on, I was filled with such great purpose and energy.  It was amazing to be around so many people with one unifying cause and purpose. As I finished the ride in Niagara Falls, I could not hold back the tears, not only thinking about my father, but also those other ESR riders who were helping the many we all know and love fight cancer. In 2022, I again plan to ride the 500+ mile journey from NYC to Niagara Falls in 7 days to again help raise money to enable others to overcome this terrible disease.  I will ride to honor both of my parents, those fighting cancer,  as well the other dedicated riders.

Please consider making a donation to my efforts today. No donation is too small, and every dollar adds up to something greater than what any one of us could ever accomplish alone. Join me in making a difference. Thanks.
Frank
View More