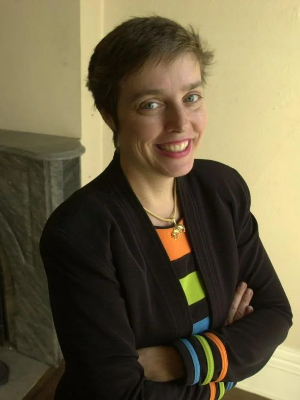 Upload a picture to let your supporters know why you are riding.

Some of you may already know my friend, Irene Jennings Liguori, who lived with ovarian cancer before it claimed her life in February 2009. Irene was a newspaper reporter from Valdosta, GA,. who lived in Buffalo for more than half of her 52 years.

She worked at the Courier-Express and The Buffalo News, which is where I met her. More than work buddies, we became good friends, and I honestly will never forget her -- for many reasons. Who else would work years and years to open a Mark Twain museum? She absolutely could not learn enough about Twain, his humor and his writings.

What fueled her fervor was the time she spent working at the Courier where Twain had been an editor more than a century before -- when the paper was called the Buffalo Express. Irene always said she's rather be living in Buffalo than anywhere else. I guess that's why she was so set on opening a museum here.

Irene never did open that museum, nor did she see her daughter Julia graduate from college. Irene is why I am riding for Roswell this year, which is why I'm sending this email to you.

I hope you can help me to honor her memory.