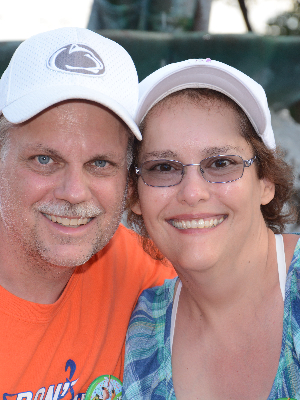 My Inspiration for Riding
I am riding in the Empire State Ride, an event to raise money for Roswell Park Comprehensive Cancer Center in Buffalo, NY.  I participated in the 2020 Empire State Ride that turned into a virtual event due to the Covid-19 pandemic and look forward to riding the actual route from New York City to Niagara Falls in 2021.
The reason for riding in this event is, that the money raised will be used by Roswell Park Comprehensive Cancer Center in the search for curing cancer.
In February of this year the reason for riding became even more personal when my wife was diagnosed with Breast Cancer.  Her surgery was in April and radiation treatments will start soon.  My wife is very strong person, but this was a shock to all of us.

I also have an aunt who has inoperable Metastatic Breast Cancer. Here is a little of her story:

In April 1999 my aunt was diagnosed with Breast Cancer that went into remission in May 2001. Then in October 2013 her cancer markers were high. A PET scan revealed that she now had cancer in her left lung; therefore, known as Metastatic Breast Cancer since it has spread to other areas of the body. My aunt was told that she had 8-15 years to live. In 2016, she was to have surgery to remove 1/3 of her left lung and cancer tumors that the doctors had found. During the surgery, the surgeon decided not to remove anything because they found cancer in her right lung. The surgeons feared that if they continued the surgery the cancer would spread very quickly to other parts of her body. Of course, she is experiencing a lot of side effects from the chemo, including neuropathy in the hands, legs and feet, and not having enough energy to get through the day.
My wife’s family has dealt with cancer on a much wider scale. She has lost her father, 2 grandparents, 3 aunts and 2 uncles to cancer.
Another reason for riding in this event is the physical challenge of riding over 500 miles in 7 days. Even though last years ride was virtual, I did ride 605 miles over the scheduled 7 days.  This was the most physically and mentally demanding thing I have ever done, but these aspects are nothing compared to what my aunt has gone through over the past 7 years dealing with Metastatic Breast Cancer.

Please consider making a donation to my efforts today. No donation is too small, and every dollar adds up to something greater than what any one of us could ever accomplish alone. Join me in making a difference.
View More

Milestone
Raised the amount of money defined for this milestone